One of the most beloved motorcycles of all time, the Classic 350 is now getting a plethora of official accessories from Royal Enfield. The bike can be modified from the showroom itself, alongside its bigger sibling, the Classic 500.
Indian motorcycle manufacturer Royal Enfield offers a wide range of aftermarket accessories to improve and personalize their customer’s Classic 350 or Classic 500 motorcycle. Among these upgrades are a set of alloy wheels, which have been offered as standard only on the Thunderbird X series. The Classic range was earlier offered with spoked wheels only. However, with a rise in demand for aftermarket alloys and consequent accidents due to poor quality replacements, Royal Enfield introduced their 9-spoke alloys to the Classic motorcycles. 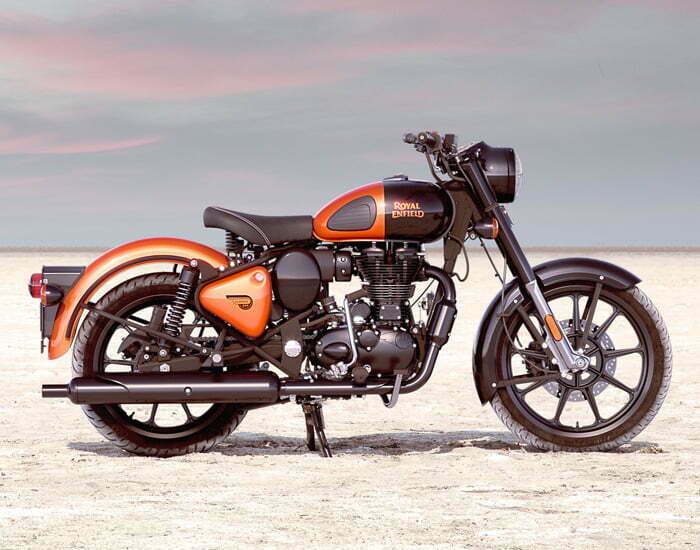 These alloys can be purchased at an additional amount of Rs 10000 inclusive of all costs. They will be fitted by the Royal Enfield’s engineers at the delivery time and require no external modifications. They also come with two years of warranty from the company.

Among other accessories on offer is a luggage rack which costs Rs 2850, a Rs 2300 touring seat, and a large engine guard costing Rs 2900. Royal Enfield also offers an optional luggage rack that can be installed in the rear of the motorcycle and costs Rs 2850.

The Delhi government will sign a pact with Maruti Suzuki India Limited tomorrow for developing 12 automated driving test tracks in different parts of the city.

A Memorandum of Understanding (MoU) will be signed with the automobile manufacturer in Lt Governor Anil Baijal, and Chief Minister Arvind Kejriwal at the LG office, said Transport Minister Kailash Gahlot.
With the coming up of the automated tracks, the process of issuing driving licenses by Motor Licencing Officers (MLOs) will assume greater quality and accuracy, he said.

“The first automated track is expected to be launched around January 26 next year at Saray Kale Khan,” Gahlot said.
The tracks equipped with cameras and sensors will cost around Rs 1 crore each and spread, on average, across one-acre land, the minister said. The tracks will be developed at the transport department’s facilities in Hauz Khas, Burari, Jharoda Kalan, Dwarka, Mayur Vihar, Pratap Nagar, Surajmal Vihar, Loni Border, Rohini, Raja Garden, and Shakoor Basti. These will be readied within six to nine months, Gehlot added.

Sony celebrates 4.2 million PSVRs sold — or approximately twice as many ...